Barbie Davidson and Glyn Tucker put on a wonderful show of nostalgia and high-class entertainment to a full house.

The show was billed as the “songs of your life”, and if you were a fan of the popular music of the 60’s, 70’s, and 80’s. then you could not have been disappointed.

From the opening “Overture” and into Neil Diamond’s “Crunchie Granola Suite” Glyn & Barbie took the audience on a magical journey, back to the days of their youth.

Covering the great songs made famous by Cilla Black, Dusty Springfield, Sandie Shaw, Petula Clark, and Shirley Bassey, Barbie showed her incredible vocal versatility, along with the personality and class of the show person that she is. Her full costumes (complete with wigs) were stunning and authentic in representing each artiste’s persona.

Glyn had the audience with him right from the start, with his added stories about the singers, the songs, and the songwriters. His rendition of Neil Diamond’s “September Morn” was outstanding, along with songs of Elvis Presley, Dean Martin, Gene Pitney, and Glen Campbell.

Highlights were, the Streisand/Diamond duet, “You Don’t Bring Me Flowers”, a heart-wrenching ballad that Glyn & Barbie absolutely nailed, and the big finale featuring Barbie, singing Bassey’s “Goldfinger”, and “I Who Have Nothing”.

The two-hour show flew by so quickly, it seemed all too soon when it ended.

Judging from the audience’s reaction, with two encores and a standing ovation, Divas & Diamonds proved to be a show of pure (old-fashioned) entertainment.

Star of the Divas & Diamonds Show has been hit hard with Covid 19.
Barbie Davidson and Glyn Tucker are sorry to disappoint those who have been looking forward to this unique musical show. Glyn was unable to learn how to sing the Diva’s songs in time and was having big trouble making the Divas’ gowns and wigs fit.

Barbie is recuperating at home after testing positive, but the show that was due to play on
28 May at the Turner Centre, Kerikeri has been POSTPONED.

Ticket holders may hold their tickets that will be valid for the new date, now set for
9 October, at 3 pm. (note the change of start time)
New bookings are open for that date.

Glyn Tucker and Barbie Davidson take you on a magic carpet ride, recalling the classic pop songs of the ’60s through to the 80s. The Girls, The Guys, & The Groups.

Glyn sings Neil Diamond, Glen Campbell, Dean Martin, Gene Pitney, and more… with heartfelt warmth and feeling, spiced up with some favourites where you can join him in song.

Don’t miss this night of the hit songs of your life!

Barbie Davidson: New Zealand’s “Queen of Versatile”, Barbie emerged from popular 1970s TV shows to become a classy exponent of country, pop, jazz, cocktail, and show music genres, honing her entertainment skills through Australian cabaret, with club and cruise ship residencies. She won the prestigious Ricky May Jazz Award in Brisbane and then headed home to tour NZ with many international stars,  including Kenny Rogers, Gene Pitney, Charlie Pride, Jeanie C Riley, Ray Price… and others. After a forced R&R break Barbie is back, and better than ever!

Glyn Tucker:  As singer/songwriter in The Gremlins, he had a smash hit, “The Coming Generation”.

Now, though ostensibly ‘retired’, Glyn has come full circle to where it all began for him – performing, live, to audiences who love the classic songs- and know all the words.

The 1st of May and with autumn looming, Glyn’s concert at Ryman’s Bruce McLaren Village in Howick was a great hit with the residents and guests. Special guest, Barbie Davidson added a touch of glamour to proceedings and showed what a classy singer she is. Glyn and Barbie really hit the spot with their rendition of the big Neil Diamond/ Barbra Streisand ballad, “You Don’t Bring Me Flowers”.

October 2018. I was honoured to have won the Variety Artists Fullers Award for services to NZ Music and Entertainment. It was a great celebration of all the worthy winners and nominees at the Dinner and Awards show held at the Crown Plaza Ballroom, Auckland. Thank you to my peers who voted for me.

Glyn Tucker with Barbie Davidson at the VAC Awards Celebration. Barbie was also an award winner on the night. 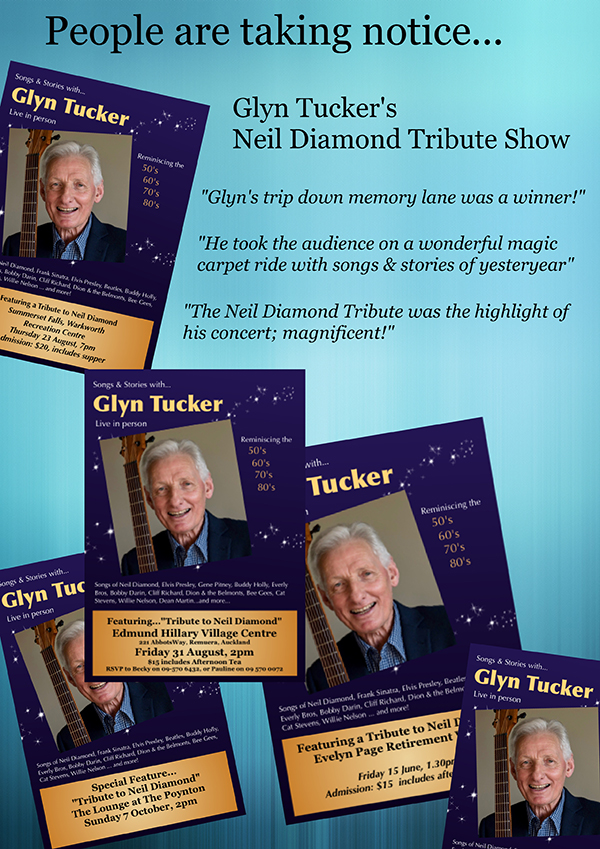 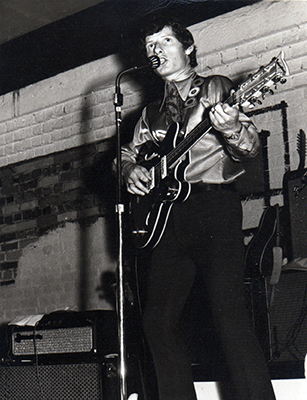 How was I ever so young? 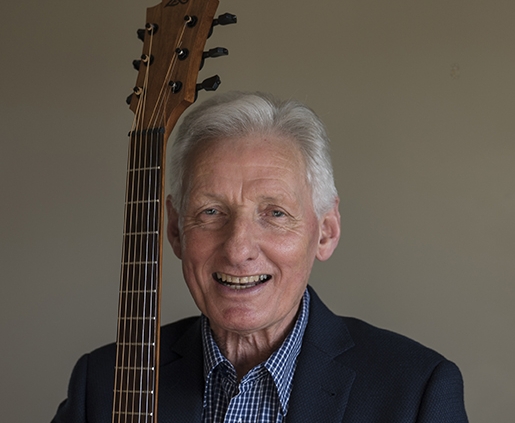 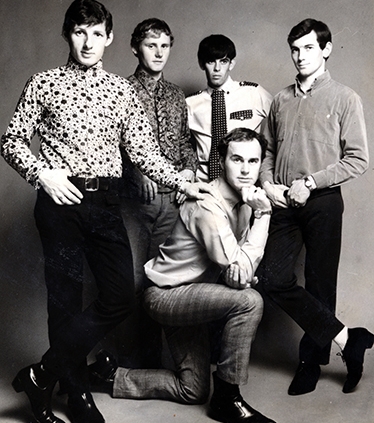 1967, a photograph of Glyn’s old band “The Gremlins”;  great days when they played at the top Auckland night clubs, and at venues around the North Island.